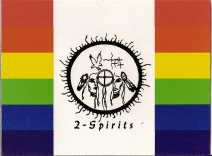 Decolonization: Indigeneity, Education & Society invites submissions from scholars, artists, and activists for a new special issue of the journal exploring gender, sexuality and decolonization, guest edited by Karyn Recollet (University of Toronto), in conjunction with Eric Ritskes, Editor of Decolonization. This issue invites us to consider both the centrality of gender and sexual violence to colonization, but also, relatedly, the centrality of gender and sexual justice to decolonization. Too often these issues have been seen as peripheral to the larger struggles against colonialism, too often cis-heteropatriarchal normativity has been justified in the name of decolonization. This has to stop. To us, it seems impossible to discuss Indigenous sovereignty without a discussion of body sovereignty. It seems impossible to discuss environmental justice without connecting the violence against the earth to the violences against our bodies, particularly the bodies of women, Two Spirit, queer, transgender and others who fall beyond and in resistance to the male cis-heteropatriarchal norms of colonial society. Not only do these bodies bear the brunt of colonial violence, they also embody, create and sustain the theories, movements, and creative actions that resist it. Decolonization is impossible without gender and sexual justice as articulated by women, Two Spirit, queer, transgender and others who fall beyond and in resistance to male cis-heteropatriarchal norms. These are the experiences and voices that this issue seeks to center and honor in seeking ways forward for decolonization. As always, we are interested in papers that connect theoretical discussions with active decolonization work by engaging the intersections of theory and practice. This issue invites contributors to consider the following questions and themes that, while far from exhaustive, are at the forefront of our thinking for this issue:

Contributions are to be submitted at www.decolonization.org no later than March 16, 2015. This issue is scheduled for release in Fall 2015. Articles should follow our journal style guidelines, which can be found here. Scholarly articles are subject to a double-blind peer review and details can be found here. Submitted contributions may also include short non-peer-reviewed papers and commentary, visual art, audio, video, poetry or interviews. If you have any further questions, please don’t hesitate to contact us at editors@decolonization.org